The Burn is run by Goodenough College which is an independent educational charity situated in central London. The Burn is managed as a holiday and study centre with the aim of enhancing education by providing a unique study and short-break centre to student groups from all around the world. 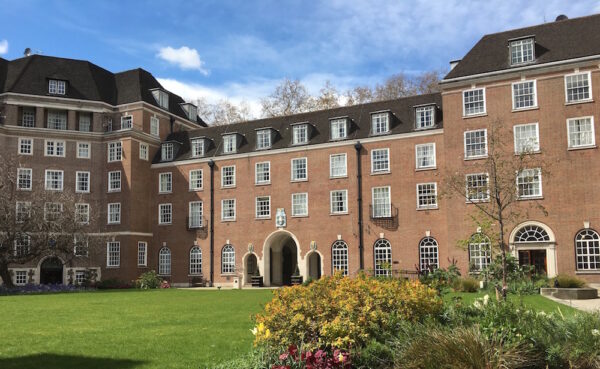 The estate passed through several hands until, in 1921, it was bought by Mr. Herbert Russell who later modernised and altered much of the house between 1933 and 1935. It was a family home for him, his wife Pleasaunce, and their two children, James and Marjorie.

During WWII the house was used as a hospital and it was during this time that tragedy was to strike the Russell family. In July 1944, James was killed in action in Florence. He was 21. At war's end the Russell family chose not to return to The Burn.

Instead, it was decided that the mansion house, along with 190 acres of the Estate, and an endowment, should be gifted in James' memory, to what is now known as Goodenough College. As a result, The Burn has been enjoyed by guests, from all the over the world, for seventy years. James is remembered still. Rebecca Matthews, Goodenough's new director, recently visited his grave in November 2018. 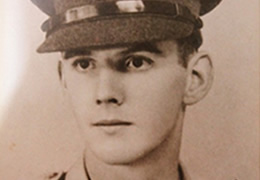 The house was built between 1791 and 1796 by Lord Adam Gordon, a son of the 2nd Duke of Gordon. He acquired the estate in 1780 and cultivated 475 acres and planted a further 526 as well as laying out six miles of walking paths, often by blasting through solid rock, many of which still exist today. 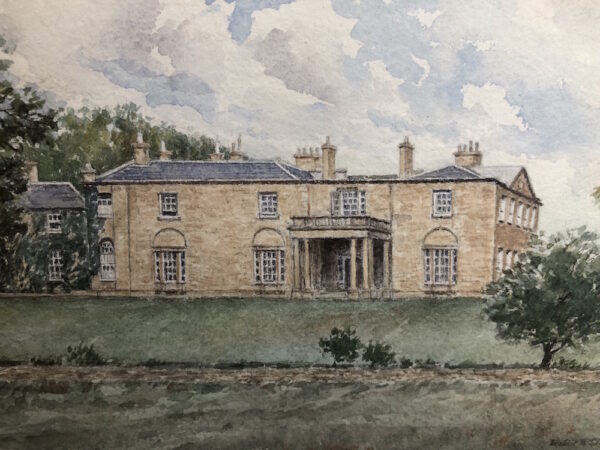 The Burn estate dates from the late 18th Century and only became an academic retreat in 1950 when it was placed in trust with Goodenough College. Today, Goodenough College is honoured to have Her Majesty The Queen as its Patron but The Burn’s first connection with the Monarch was nearly 170 years ago! Just after 9.30 am on Friday 20th September 1861, Queen Victoria and Prince Albert accompanied by a small group of family, friends and staff, left Balmoral on what Queen Victoria referred to as her Second Great Expedition. The party picked up Highland Ponies at Ballater and then rode over the Cairngorm hills to the south and into Glen Esk. After a brief rest at Lord Dalhousie’s shooting lodge at Invermark, The Queen’s party were driven down Glen Esk in carriages until they reached The Burn (then owned by Major William McInroy). At this point Queen Victoria left her carriage and walked along the path above the Gannochy Gorge and through The Burn estate. During the walk she noted the very peculiar rock formations and observed how the woods reminded her of Wales. Unfortunately, the Royal party did not stay at The Burn but continued the expedition to the village of Fettercairn where the party stayed at the Ramsay Arms Inn. The path followed by Queen Victoria and Prince Albert in 1861 is now known as The Blue Door Walk and is still very popular with tourists and Burn guests. The Gannochy Gorge and the surrounding woodland is a site of special scientific interest and is largely as it was in 1861. 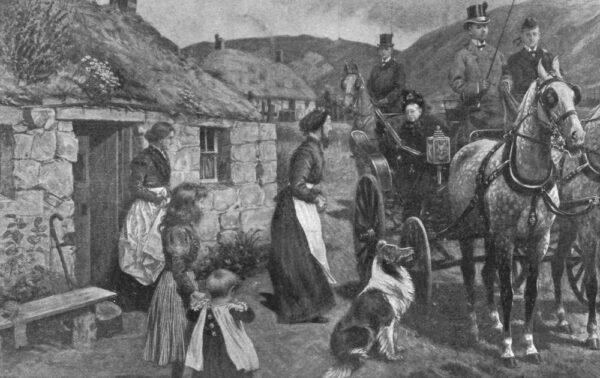 All Rights Reserved by The Goodenough College

Close Menu
Giving To The Burn

We use cookies to ensure that we give you the best experience on our website. If you continue to use this site we will assume that you are happy with this.I acceptCookie policy